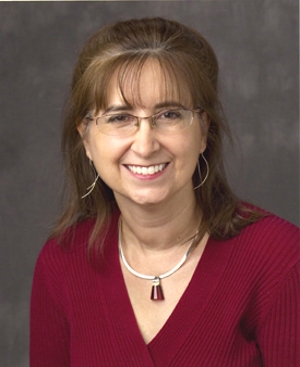 Congratulations to Dr. Anne Fliotsos on her retirement! "Dr. Anne," as her students affectionately call her, has been a cherished and respected member of the faculty of the Department of Theatre at Purdue for 21 years. With five books to her credit, substantial international work, articles, book chapters, several teaching awards, and extensive service, she has had a profound impact on students and colleagues across the department, college, and university, and in the profession.

In addition to traditional scholarship, Professor Fliotsos has had an active career as a theatre director and dramaturg. Notable and recent work includes her work as director of Every Brilliant Thing, International University Theatre Association (IUTA/AUTI), Liege, Belgium, University of Namur, Belgium, and Purdue University (workshop); co-director of the International Telepresence Workshop of Brecht’s Life of Galileo, Purdue University with Coventry University, UK, 2017; and as director for Amelia Earhart: Person and Persona a documentary film about her multi-phased theatrical project on the life of Amelia Earhart, The Earhart Project, based on primary sources of the Special Collections of the Big Ten Libraries.

Dr. Fliotsos is a founding co-editor (with Ann M. Shanahan) of the Peer Reviewed Section of the SDC Journal, the official publication of the national union of professional stage directors and choreographers. She was a leader in the Directing Program of the Association for Theatre in Higher Education (ATHE), and a professional mentor to many directors in the field through her tenure there. Her recent international work in Telepresence with the University of Coventry earned her a CREATE grant in 2019 and this innovative work has received press attention in The Guardian and SDC Journal.

Her work has earned her several awards, including University Faculty Scholar, College of Liberal Arts 2013-2018, a fellowship with the Center for Artistic Endeavors, College of Liberal Arts for The Earhart Project (2011), and Excellence in Teaching awards from the Patti and Rusty Rueff Department of Visual & Performing Arts (2004, 2011), to name only a few.  She is a respected, contributing member of several professional organizations and honors societies, the latter including: Phi Beta Kappa, Phi Kappa Phi, Alpha Lambda Delta, and Beta Phi Mu.

Dr. Fliotsos has led curricular innovation: she co-created and taught an International Telepresence Workshop with Dr. Tom Gorman, Coventry University (UK) in 2019, created and taught a cross-listed course for undergraduates based on her graduate course, THTR 290/ENG 232 Interpreting the Play Script, and created a new course with community engagement for Honors College, Theatre for Social Change, 2012-13. For the IMPACT Program, she was a Faculty Fellow selected to create a hybrid course from a traditional large lecture class, Theatre Appreciation in 2013, again to name only a few.

Last but not least, Dr. Fliotsos’s service to the department, college, university, profession and community has been consistently substantial over her career at Purdue. She served as interim chair of the Theatre Department 2018-19, chaired the graduate committee, served as area coordinator, and has served as a committee member to scores of master’s committees and as faculty advisor to several student organizations. Over her 21 years she has served on numerous college and provost’s level advisory committees, including in 2011-14 on the Liberal Arts Faculty Senate (Elected); Vice Chair 2012-13; in 2009-12, on the Faculty Affairs Committee (Dean's appointment); Chair 2011-12; in 2007-09 as chair of the Liberal Arts Nominating & Elections Committee (Dean’s Appointment); in 2006-09 on the Liberal Arts Faculty Senate (Elected); and in 2002-04 on the Liberal Arts Nominating & Elections Committee (Dean’s Appointment). She has served the profession in her work with ATHE, as a reviewer for peer-reviewed professional organizations, theatre festivals, and promotion and tenure cases, as a selected list. Additionally, she is active in the community as a theatre artist and as an advocate for the power of the arts, the environment, and for equity, diversity and inclusion.

What cannot be captured in narrative or list form is Dr. Fliotsos’s depth of knowledge, her work ethic, wisdom, and good sense, or the steadiness and efficiency of her approaches to every aspect of her work; she is a consummate professional, a mentor to many, a trusted ‘go to’ colleague, skilled in administration, an excellent teacher, and a leading scholar in her fields. She will be highly missed in all these regards and personally. Her impact will be felt long after her retirement and we wish her all the best on her new adventures!