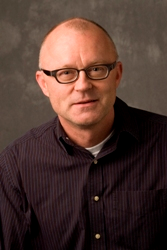 Awarded a National Endowment for the Humanities grant

Daniel Smith, professor of philosophy  was awarded a National Endowment for the Humanities grant to make more widely available through a digital humanities platform the work of French philosopher Gilles Deleuze. The three-year award for $294,236 will allow Daniel and his colleagues to translate several lectures that Deleuze (1925–1995) gave at the University of Paris 8, where he taught for many years. The translations will be posted online and freely available to scholars, both at a CLA webpage and at the Purdue University Research Repository (PURR). The transcriptions of the seminars were supported by a Global Synergy Grant from the College of Liberal Arts, which continued work that had been initiated by a team at the University of Paris 8 at Vincennes/St. Denis. Daniel has translated two of Deleuze’s books, Francis Bacon: The Logic of Sensation and Essays Critical and Clinical.