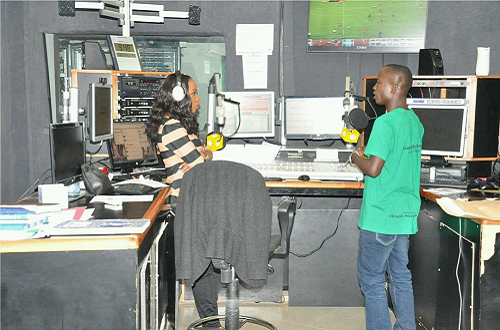 In August 2013, the Purdue Peace Project (PPP) in collaboration with its local collaborator, Health Matters Incorporated (HMI) convened a meeting of local actors in Port Harcourt. The participants conversed about strategies to strengthen university-host community relations, and ways of preventing the likelihood of political violence in Aluu, a small community that hosts a part of the University of Port Harcourt in Rivers state. Participants were Aluu community representatives, chiefs, women, the youth, religious leaders, University of Port Harcourt representatives, and student union leaders. PPP’s engagement with the communities emanated from the killing of four university undergraduates over allegations of theft in Aluu. After the actor meeting, a local peace committee called the Community Peace Development Initiative (COPEDI) was formed. Members appointed Gladys Gogo as its coordinator. In collaboration with nine other members of COPEDI, Gladys steers the ship of peacebuilding. Gogo shares her volunteer experiences with COPEDI as well as her passion for peacebuilding in the following paragraphs:

“I was a graduate student in the Center for Ethnic and Conflict Studies at the University of Port Harcourt at the time (CENTECS). I was also the assistant course representative, so the coordinator of CENTECS appointed four of us to attend the PPP/HMI stakeholder meeting and that is how I got involved. I am passionate about things that impact humanity, especially students. I belong to Rotary Club, so volunteering for COPEDI is in line with my interest to positively contribute to my community.”

Like her COPEDI colleagues, Gladys notes that COPEDI’s weekly radio programs have brought her fame at the University of Port Harcourt, where she heads the technical unit of the film production and theatre department, “The COPEDI radio talk show is very popular. So many people have been calling me and asking if it is the same COPEDI that they hear on the radio. Because of the radio program, many people have indicated interest to join COPEDI. Even faculty have indicated interest and have told me to inform them when we are planning other activities. Despite challenges we face sometimes, I remain committed to the mission of COPEDI to build peace.”