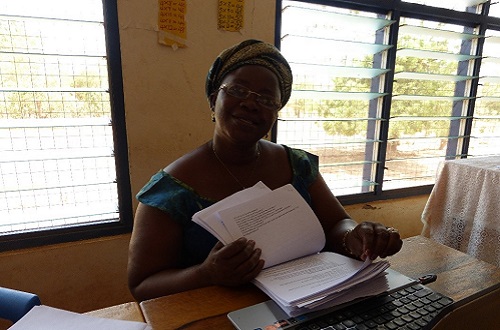 Mrs. Rosaline B. Obeng-Ofori, a world-renowned womens' rights activist and development worker, had always held a strong belief in empowering people and communities to solve their own problems.

"When actors own the process, they are able to come up with their own best and pragmatic solutions," she said.

And so, during their first meeting, when Milt Lauenstein, the PPP's benefactor, told Rosaline about his vision for the PPP being a results-oriented, locally led initiative the nature of the work immediately appealed to Rosaline. Since 2012 Rosaline served as the PPP's West Africa Program Manager, facilitating several projects in Ghana.

She sees her work with the PPP as an opportunity to practice the conflict transformation and peacebuilding strategies that she had been training others in prior to joining PPP.

Being a former development worker and activist, Rosaline recognizes the importance of the peacebuilding work that the local citizens, with PPP's support and encouragement, do.

Rosaline worked with PPP between the project's inception in 2012 and 2016 when she passed away. Read the following tributes to Rosaline and her work: